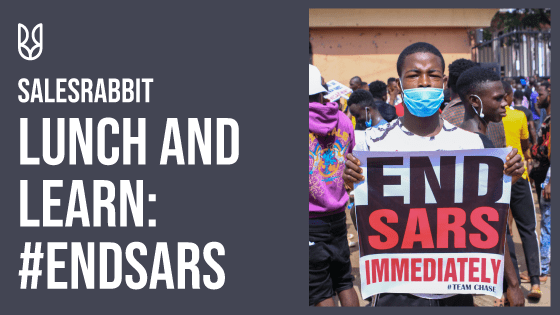 Join the movement to #endSARS now

Here at SalesRabbit we take a special interest in the history of our employees. One of the founders of this company, Barima Kwarteng, and several of our remote employees are from or currently in Nigeria. To learn more about their life and culture, we’ve started “Lunch and Learns” where we give any employee the platform to speak with the entire company about important movements or news. This session focuses on the #endSARS movement in Nigeria and the importance of having awareness of this corruption.

The History of SARS

The Special Anti-Robbery Squad (SARS) was a police unit originally organized to fight theft, crime, kidnapping, and firearms became synonymous with unlawful killings, torture, and extortion of the Nigerian people. This organization has been accused of harassing and physically abusing thousands of civilians since it was created in 1992.

The #EndSARS protests resulted in the Nigerian government announcing earlier this month that it would disband the unit. But this is the fourth time that the government has promised to disband or reform the unit that has terrorized citizens for decades. There have been many frightening stories of Nigerian people being attacked by the police that are meant to protect them, our company was recently educated on the personal story of one of our own employees and his experience with SARS.

To respect the privacy of our employee, we won’t be sharing his name, but we will share his account of dealing with SARS. Here is his story:

“My ordeal at the hands of SARS led to me being threatened with an automatic rifle and physically forced into a bus with several other boys. We were driven around in the bus like thieves, then I was taken to their station in a remote part of Lagos and forced to write a police statement after they told me to remove my clothings and sit on the floor while they searched our body for tattoos. I finally had to pay a given amount of money so I could get home in time before my family started worrying . . . We need to support the #EndSARS protests as well as the Lekki Toll Gate shootings.”

Stories like this are happening all over the country, but with the #endSARS movement, Nigeria has been fighting back against this injustice and creating a better life for themselves despite the lack of support from their government.

What You Can Do

Awareness is the biggest tool we all have to help support movements like #endSARS. While it can be hard to help correct and injustice like this from another country, having the perspective and awareness of what the Nigerian people have been suffering with since 1992 helps end SARS. This organization can no longer keep their wrongful acts quiet if we spread the news worldwide with our platforms of influence. 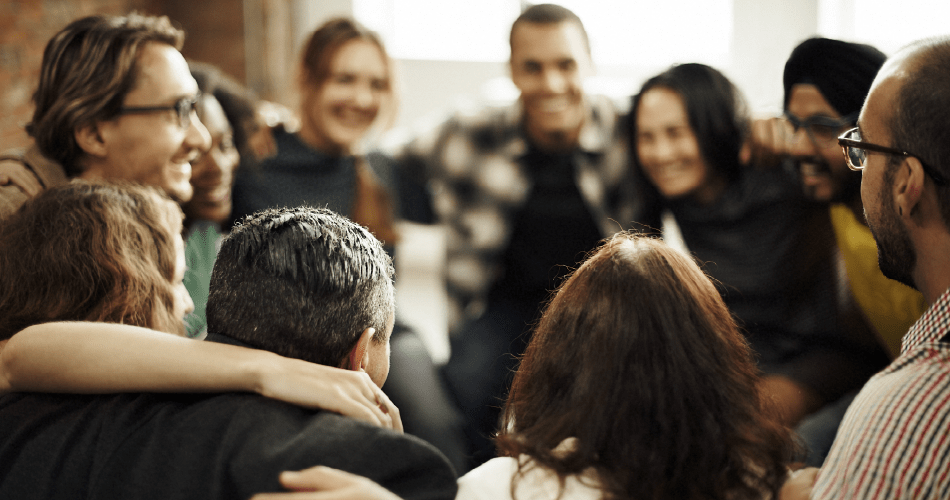